Download PDF
January 22, 2020
Employment growth decelerated by a 0.5 percentage point since the beginning of the year
Continue Reading

ROSELAND, N.J., Jan. 22, 2020 /PRNewswire/ -- Wages for U.S. workers grew 3.2 percent over the last year, increasing the average wage level by $0.88 to $28.93 an hour, according to the ADP Research Institute ®  Workforce Vitality Report (WVR) released today. The wage growth of 3.2 percent corresponds to the Bureau of Labor and Statistics (BLS) numbers of 2.9 percent which was published this month.

"The final quarter of 2019 was marked with a slight deceleration in job growth and wage growth was unchanged," said Ahu Yildirmaz, co-head of the ADP Research Institute. "Wage growth for holders and entrants decelerated, whereas switchers experienced acceleration."

Earlier this year, job holders, job switchers, and entrants saw wage growth of 5 percent or better; however, job holders are now seeing only 4.6 percent growth, entrants stand at 4.9 percent, and switchers came in at 5 percent.

Wage growth across industries had been tightly clustered between 3.5 percent and 4.5 percent; however, the differences are becoming clearer. Resources and mining continues to be the weakest performer, with wages falling year-over-year. Education and health services also experienced low wage growth at 1.8 percent, less than half the rate from one year ago. However, job holder wage growth in education and health services remains above 4 percent and employment growth is among the strongest of any industry, indicating that overall wage growth is likely being weighed down by changes in industry worker composition.

About the ADP Workforce Vitality Report
The ADP Workforce Vitality Report (WVR) was developed by the ADP Research Institute. It is an unprecedented, in-depth monthly analysis (published quarterly) of the vitality of the U.S. labor market based on actual data that identifies labor market trends and dynamics across multiple dimensions.  These dimensions include employment growth, job switching, wage growth and hours worked.  In addition to the macro data presented in the report, there are also segment-specific findings by industry, state, gender, age, experience, and pay level.  Established in October 2014, the report methodology was updated in April 2018 utilizing monthly data to include additional data points and deeper insights.  For more information about the report, please visit http://workforcereport.adp.com/.

Holders: Workers who were employed by the same company for the past 12 months.  The wage growth is the rate of change in wages in that time period.

Switchers: Workers who changed employers between consecutive months.  The wage growth is calculated from the 12 month moving average of wage growth.

Entrants: First time workers who are less than 25 years-old.  The wage growth is calculated from the 12 month moving average of wages.

ADP, the ADP logo, Always Designing for People and ADP Research Institute are registered trademarks of ADP, LLC.   All other marks are the property of their respective owners. 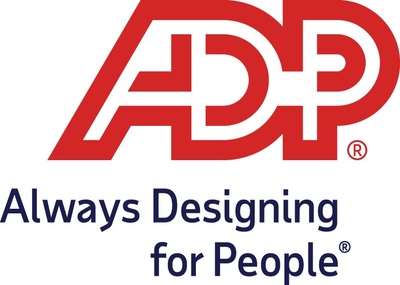